Or you can give it some context.

So, we made it through the month, I have followed advice on Facebook and marched around my two room apartment like a F—ing Champion. I have kept some sour dough starter alive for two weeks, I have no idea what to do with it but it is alive and I have already made arrangements for it should I die…

There’s talk that enough is enough. Freedom and blah blah blah, lets get back to “normal”. Normal like baloney and American cheese!

Right so, Should I die? YOU TELL ME.

I am past my “best before date” and except for making a bunch of masks (by the way I have run out of t-shirts to re-purpose for ties) I am pretty useless… I am not THAT OLD, but I have had cancer twice, I have asthma after having bronchitis last winter and now use a puffer and I have a blood disorder that they haven’t figured out yet, so I am a pretty good candidate for not surviving if I get this Covid19.

Call me the Grouch

My garden consists of pots filled with the rejects of small grocers and hardware stores, usually marked down to a ridiculously small amount, to the point that I could not help but be tempted. I grabbed them, put them in whatever bag, or pocket and carried them home.

I am going to have a lot of green tomatoes, the temperature is dipping lower every night and the air has the fresh bite of a Canadian Autumn coming: I will make some salsa.

They feed my soul, or at least the part of me that appreciates the late bloomers. 🙂

Theresa May is one member of parliament and yet she makes a lot of noise. (Even when she is asking for less noise in the house). We got a Green in Guelph, Mike Schreiner!

Think of it this way, you can have miles of pavement and one little dandelion can crack it! Here’s hoping he is our Dandelion in the Ontario legislature!

Just using my phone I didn’t take great photos but I think you can see how wonderful the patterns and colours are, especially during a particularly cold and grey winter in Toronto. This is my grandson who is just checking to see that it is still winter outside.

I have spent a fair amount of time during my life being told that nobody wants to hear any of my crazy ideas. Maybe some click counting software figures out my interests and then throws out thinly veiled advertisments for those products that are sort of in-line with said interests making me believe that those crazy ideas are mainstream, but I resist falling for it. I really do. If I have learned anything in sixty years it is that I am not popular, I am not mainstream. I don’t mean that I am counter-culture either, or fringe or edgy. I am annoying. So I stopped going on and on about composting when I was at a parties years ago.

But it seems compost is a good subject for casual conversation. Sheesh. When will I ever NOT be a social pariah?

I have been technology challenged for about ten years.  Before that I felt I could hold my own. Now, age, concussion and recently, ambivalence have led me to the shoals, the place where many older adults find themselves, muttering and cursing and occasionally exclaiming “YuReeek Ha!” as some colourful object washes onto our shoal and makes us happy.

I spent an entire weekend, possibly the nicest weekend of the summer trying to sort out why I could not longer watch television (Star Trek) or googly or putz on the various devices in my home! I must say here, if you are patient with the poor techies they are appreciative. I may not be able to defuse racist Nazis but my Zen practice has taught me to be attentive and patient while on hold.

Mostly I want to have Star Trek, any version, playing while I do my sewing. I could put on the radio but sometimes (gottalovem) CBC radio is just dumb and my stitches get tight while my mind boggles. (Star Trek is often dumb but it is Sci-fi, come on!)

Last night while falling asleep I realized my dreams were of a billion tiny flowers, each providing a context for perpetually opening complexity, which viewed as a whole was breathtaking. From my perspective they were the flowers of a quilt that I painstakingly was appliqueing one at a time, made of billions of threads of cotton, manufactured and dyed, all by human hands from plants grown in sunlight and with water and tended by more human hands on a beautiful planet spinning within spinning galaxies.

So as glitchy as these entertainments are from my point of view, some things, important and awesome, never change. 🙂

Two days ago I went for a follow-up mammogram and ultra-sound. Nobody likes to get these things. I always tell the technician a glass of wine would go nicely, sometimes it gets a laugh but I NEVER get a glass of wine.

It was good.  I mean, I had a nice time if you can believe it.  As it was a follow-up exam I made a point of telling everyone that actually had to touch me that I have had cancer twice and am now being monitored for a pre-cancer.

“I can understand how you might be nervous because of that.”

It seemed to make a difference, but I can’t be sure if it was a result of the release of tension I probably carry without knowing it or because of the technicians actually showing more than the usual amount of compassion.

I like to say that compassion is not something anyone can own or take as a virtue but an environment that we can share when we let go of the “self and other” mentality.  I have no proof for this and only a vague recollection of experiencing this as my usual internal narrator was absent. The moment, transitory and aberrant has only a tether to my Zen practice which is almost impossible for me to talk about.

Nevertheless my own pressure release of expressing what could likely make me feel separate from other people, (or at least one of the things that so often limits me) did serve to connect me to what was going on and that usually has good effects.

Something else I realized, if you make people aware of your shared humanity, they increasing look ridiculous as they try harder and harder to deny it.  You only have to look at ranting racists on social media who are confronted in a calm but consistent rebuttal by the people they are invested in hating and how they look more and more pathetic, eroding in their rhetoric into petulant potty mouths.  I think it is interesting because they look like two year olds… just a thought…

Nobody should be written off as hopeless.  We all behave like children often enough and yet, like children, given a shared opportunity to learn we can be quite remarkable in how kind, helpful and even courageous we are.  Oh and good news, results in, it’s fine, nothing to worry about. 🙂 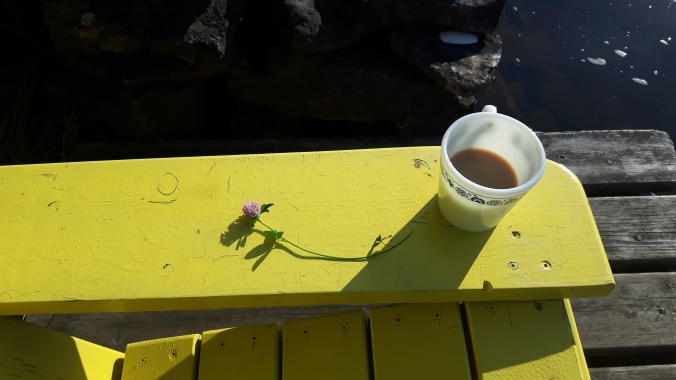 No excuses.  Well, I might have a migraine coming because just the way that sentence sounds makes me giggle.  Inappropriate giggling is one of the signs of impending migraine and also why I don’t drink wine.

And, yes I have to read everything I write out loud, or moving my lips. I have always done this.  It is particularly difficult when I have never heard a certain word pronounced out loud but have read it often.  I read a lot.  But I don’t read particularly well.

Perhaps you now understand why I am re-blogging my blog.  https://quiltingismyaddiction.wordpress.com

Okay it is funny.  Just switch the first letter or first two letters of blogging and blog with a different letter…never mind.   I can’t seem to link to it.  Oh well, you can see a bit of what I am up to, if you care to visit my other site, now that my brain is totally addled.  🙂