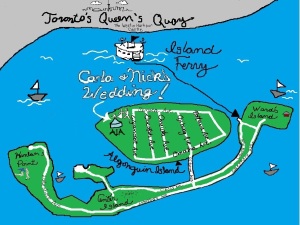 You have to click on the image to see the naked guys at Hanlan’s point, well, to see anything really.

They wanted me to do a drawing of the map for the official wedding website…Things have changed since the 80’s when all you needed was big hair, several bottles of wine and a licence to get married. 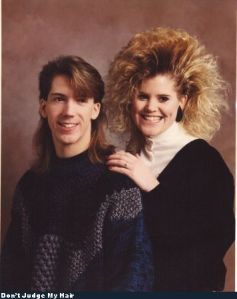 Check out the Walking Woman’s post about Wards Island by clicking on the underlined text; lots of great photos!

I actually know Buttons. He is the mostly black cat painted here. He lived at my house for a while. He was a bit insecure at first. Diva seemed determined to keep him “below stairs” which was funny because he looks like a butler.

He is now residing with two lovely humans and a menagerie of creatures which include Jazz, the mostly white cat. He has grown into his uniform. He is now the concierge.

It is a gift for one of his humans. I got a migraine from the weird barometric flux going on in this part of the world so it was painted with one eye closed. I don’t know how successful this painting is so tell me what you think.