Just thinking about winter never ending is scary. That’s why it’s like the scariest thing in the Game of Thrones, even scarier than getting skinned alive, which, as a kid, was sort of a funny threat because of cartoons where characters could put on and take off their skins and become different characters. I always sort of suspected that the belly button was important for this ability. I am happy to say that I never tried it, but when something rotten was discovered and I was blamed, “I’m going to skin you alive!” it always made me giggle. I don’t want to delve deeper into the psychological aspects of watching too many cartoons as a child right now or why the possibility of changing my skin makes me laugh. OKAY?

I sometimes suffer from depression.  It comes on and grips me and for the duration I have to keep things small and careful, not for myself, because there is little to be done for me, even Mozart is lost to me in this consuming cacophony of negativity, but because it would make people who love me sad if they knew I was suffering, or how much.

I have lived through enough bouts of it now, that I no longer see each incidence as unique even though one of the worst aspects of depression is its overwhelming assertion that THIS IS THE MOST TERRIBLE AND UNENDING HELL.  I keep a record of bouts of depression to remind me that I have been here before.  The furniture might be slightly different but the view is the same, and that reminds me that I can and will be somewhere else, eventually.

There are plenty of people who do write and draw about it, very, very well. Sometimes reading this blog actually is just the thing. 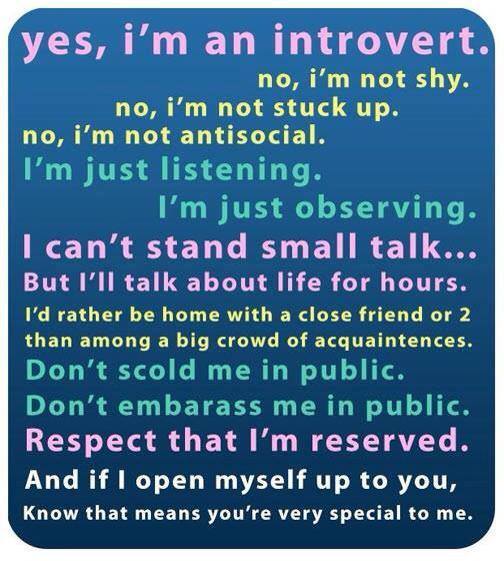 Doing make-up for kids is not the same as being an “over the top” clown. It’s a chance to meet kids who are like I was, wanting to try on different persona as a way of coping with sometimes unwanted attention, and also playing with being something other than a kid. ROAR!

This was posted on Steven Aitchison’s Facebook page and reposted by a friend.

What is beauty? It is like a needle that passes through every bag you throw it into. It is not contained. It pierces all contexts!

Have a look at this; this is what the duo Riitta Ikonen (Finland) and Karoline Hjorth (Norway) can do with a camera – isn’t it just wonderful?!!

Eyes as Big as Plates is an ongoing project, this is from the artists:

Starting out as a play on characters from Nordic folklore, Eyes as Big as Plates has evolved into a continual search for modern human’s belonging to nature. Inspired by the Romantics’ celebration of imagination, each image in the series presents a solitary figure in a landscape, dressed in elements from surroundings that indicate neither time nor place. The scenes take into account qualities of timelessness and universality, yet suggest an additional narrative by revealing traces of the characters’ individuality and signs of contemporary living. Just chillin with a friend.

Quilting is My Addiction Two things kept me warm during the recent ice storm, Penny the cat, visiting for the holidays, and several hot water bottles. Put them together and I got an idea for gifts: faux fur hot-water-bottle bags! These two are the only versions I have made so far. They are like having a pet to sleep with, without the service you have to provide for the privilege.

I wanted to get some photos of the ice coating the tree branches reflecting the sun.  The sky was that heart stopping-ly blue, blue, blue, the kind  that makes peoples of northern climes simultaneously chime with awe and shiver with cold.

Alas my camera is not the best.  I tip my hat to the brave photographers who climb over ice and snow to get photographs. In truth it is the photographer in this case who really is limited.  I love winter vistas but only when looking out at them from the warmth of a 21st century home equipped with thermal windows, central heating and electricity…

Speaking of which, our little disaster here in Scarberia with the lack of power and heat ended far more quickly than the more painful lack of internet and television!  For the news I had my 92 year old mother, her radio still had working batteries. With her head phones on she would give me updates.  “Still cold, still without heat and power in many homes…”  🙂

Sometimes making a big deal about New Years it is not very helpful to people with the blues.  I think that is the subject of another post.   I went to dinner and a movie with friends and was in bed before midnight, it was just enough to be lovely.  Resolutions?  NO!

I had a few projects to work on once the power came back.  Here is a photo of me working on “Penny”.  You can see I feel pretty good about it. 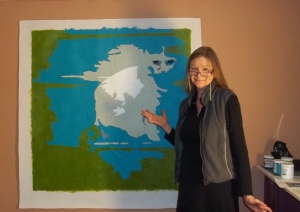